Jesus Changes Our Sense Of Unity

Jesus Changes Our Sense Of Unity
“He who scattered Israel, now gathers them together.”

God can’t stand division. Through Ezekiel he says, “I will make them one nation… Never again shall they be divided into two kingdoms… There shall be one shepherd for them all.” And Jesus prayed for his disciples, “that they may all be one. As you, Father, are in me and I am in you, may they also be in us, so that the world may believe that you have sent me” (John 17:21).

The reason is that God is One. To be one is to be like God. For a being even to exist, it must be one in itself: the four “transcendentals” of being (characteristics that “transcend” all differences, that are common to all beings, created and divine) are Being, Oneness, Goodness and Truth (Intelligibility). Because God is “One in Being,” whatever is from God must be one with itself and in unity with everything else.

Unity does not mean uniformity. John Ruskin, a leading English art critic of the Victorian era, describes “beauty” as “unity amid variety.” God is One, but God is three distinct Persons. The way the Holy Trinity can be One in Being but distinct as Persons gives us the key to unity among humans.

In the Preface for the Holy Trinity we say God has “revealed his glory” as “three Persons equal in majesty, undivided in splendor.” The Three Persons are “equal” in that no one of them has anything the others don’t have. There is no “plus or minus” in the Trinity.

“Undivided in splendor” means that no one of the Three Persons shines more brightly than the others; none has more “prestige” or receives more honor than the others. All are equally “adored and glorified.”

In finite, limited human beings, there is a “plus and minus.” Some humans are “more” muscular than others, or “more” talented in one way or another. We give people more honor and prestige because of something they have that others don’t. And this is divisive. Because we don’t see all as “equal in majesty,” all of us are “divided in splendor.” Some are set apart from others as “stars” or celebrities; some are separated by protocol because of the rank they hold in government, Church, business or the military. The rich are given more respect than the poor, and “distance” themselves from the common herd by living in exclusive neighborhoods, attending exclusive schools, belonging to exclusive clubs, and in general living a lifestyle that by nature excludes all those who can’t afford it. This is the way it is on earth; probably always has been, presumably always will be.

But Jesus calls us to challenge that presumption. He prayed to the Father that his disciples “may be one, as we are one,” which, we have seen, means “equal in majesty, undivided in splendor.”

The different persons in the human race are not “one in Being” as the Persons of the Trinity are. There will always be inequalities in what philosophy calls “accidents,” meaning characteristics that can differ in beings that have the same nature: like color, weight, nationality, even artistic talents and I.Q. None of these change the intrinsic value a person has as a human being, although popular opinion denies this.

The fact is, a mentally challenged child is just as valuable and precious as an educated genius. An undeveloped fetus in the womb is worth just as much as a fully developed adult. In God’s eyes, which are the only ones that see “the truth, the whole truth, and nothing but the truth,” all human beings are “equal in majesty,” because they are all equally human—and, if reborn by grace, are equally divine children of God, the “highest” dignity there is.

And all are equipped to contribute equally to the good of the human race. If we don’t recognize this (and we don’t), it is because we have a very selective—and false—definition of what is “good.” To take just one example: who does more good for humanity: a ph 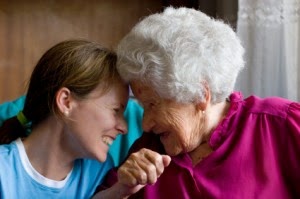 ysically or mentally challenged child who evokes love from a continual procession of family members and friends, or a football star who entertains millions on Sunday afternoons? Isn’t it true that the football stars would be the first to say the child does? But both are “equal in majesty,” because both are equally human and, by grace, equally divine. And if both are contributing to the good of the world according to their particular talents and gifts, who is to say their contributions are not equal?

Radio Vaticana reports that in a Trinity Sunday talk (2014) to the community of Sant’ Egidio in Rome:

Pope Francis went on to tie the crisis among the young and the elderly in society to the “throw-away culture” that drives and dominates globally. “In order to maintain such a [system], in which, at the center of the world economy, there are not man and woman, but the idol of money, it is necessary to discard things. Children are discarded.”
“Just think,” he continued, “of the birth rate in Europe: in Italy, Spain, France – and the elderly, [too], are thrown away, with attitudes behind which there hides a form of euthanasia. [The elderly] are no longer useful – and that which is not useful is to be tossed aside,” he said.

There is no greater disunity than that which causes us to reject, neglect, or even kill certain categories of human beings. The root of this is failure to recognize that we are all “equal in majesty.” And this failure is largely due to the flaw in our culture that makes us “divided in splendor.” Through the protocol of social customs we treat some people as if they deserved more respect than others. This inevitably creates the mindset that some people are more important than others, and that they have more value than others.

Until Pope Francis began to reverse it by the power of his example, the most glaring example of this falsehood was the hierarchy of the Catholic Church! Just think of the common usage of “hierarchy” to designate “an organization in which people or groups are ranked one above the other according to status” or “a classification of things according to relative importance or inclusiveness” (Microsoft Word dictionary). The word itself doesn’t mean that at all. It comes from the Greek hieros and archos, meaning just “government by the keepers of sacred things” (Webster’s). The word took on its second meaning from the ostentatious ranking of the Catholic hierarchy, and may be our most visible contribution to the corruption of the culture!

Jesus calls us to a “change of mind” about the unity of the human race. He calls us to recognize we are all “equal in majesty,” and should be “undivided in splendor.”

Jesus came to make us like God. God is One. Therefore Jesus came to make us one. Even his enemies—unwittingly—recognized it: “Caiaphas, who was high priest that year… prophesied that Jesus was going to die for the nation, and not only for the nation, but also to gather into one the dispersed children of God.” Jesus himself said, “Whoever is not with me is against me, and whoever does not gather with me scatters” (Matthew 12:30).

Do I choose to let Jesus change my sense of unity with other members of the human race?

Pray: “Lord, make us all one, as you, the Father and the Spirit are one.”

Practice: Treat everyone with equal respect.

Discuss: What makes us look on some people as “better” than others?