The First Law of Ministry 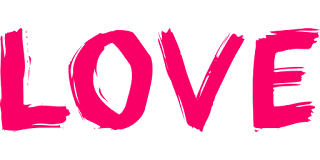 Inventory
Does God ever “give up” on us? Does anything make God turn away from us in disgust? Are we ever justified in turning away from each other? How does the Eucharist fit in to the answer we give to this question?

Input
The basic message of the readings in this Mass is that God never turns away from his People or from any individual person. We use Psalm 27 for our Entrance Antiphon, addressing God as our “helper” and “Savior.” The Psalm encourages us to go to God no matter what we have done, because God will never desert or despise us: “Do not hide your face from me…. Do not cast me off, do not forsake me!” He is the “God of our salvation.” It is a doctrine of our faith to say, “Even if my father and mother forsake me, the Lord will take me up” (27:10). We are always welcome in his house.

The (alternative) Opening Prayer calls us to extend this same unconditional acceptance to others. We recognize that faith “draws us together” and “selfishness can drive us apart.” We ask God to “keep us one in the love that has sealed our lives” and to “help us live as one family the Gospel we profess.” If we do not accept each other as family, we are not living the Gospel. And that means everybody.

Sometimes we perceive Eucharist as a sort of “pass-fail” test — those who meet the “good standing” requirements can receive Communion; those who don’t are excluded. But the Prayer After Communion sees Eucharist, not as a judgment scene to separate the “sheep” from the “goats,” but precisely as that which not only expresses but brings about in the Church the “unity and peace it signifies.” The acceptance we experience there moves us to say, “One thing I seek: to dwell in the house of the Lord all the days of my life” (Communion Antiphon, Psalm 27).

The Responsorial (Psalm 32) gives us the key to the readings: “Lord, forgive the wrong I have done.” It also tells us the attitude to take toward one another.

“The Lord forgives you”
It almost shocks us that God would forgive the sin Nathan refers to in 2Samuel 12: 7-13. David abused his authority as king to rape the wife of one of his faithful officers. Then, when she got pregnant, he set up the officer to be killed in battle as a cover-up. But the bottom line is, “Nathan said to David, ‘The Lord, for his part, forgives your sin; you are not to die.’”

Saint Paul even quotes God as saying, “I have found David, son of Jesse, to be a man after my heart, who will carry out all my wishes.” How can this be? How can God say this of a man with a record like David’s?1
Obviously, God doesn’t judge people the way we do.

God looks at love
In Luke 7:36 to 8:3 Jesus shows us that what matters to God is not what we have done, but what we are doing right now. And what he looks at is not so much our actions as the orientation of our hearts. Are we loving? Do we love God? And do we love other people?

Our actions reveal our hearts — although sometimes it is hard to read them. When the woman in the Gospel washed Jesus’ feet with her tears, that said more about her heart than any of her previous actions did. And when the Pharisee failed to show Jesus the ordinary courtesies Jews showed to guests, that said more about his heart than all his self-righteous law-observance did.

The Pharisee was right in obeying the laws. And the woman was wrong in breaking them, as the Gospel leads us to believe she did. But more important to Jesus than what either one of them had or had not done, was the fact that at the present moment the woman was loving him and the Pharisee was not.

That is what always counts with Jesus: “Do you love me? Does what you are doing right now show that you love me at this present moment?” If so, for Jesus the past does not exist. We said in the Responsorial Psalm, “Happy the one to whom the Lord imputes no guilt.” And if he doesn’t, who else would dare?2

What do we look at?
Galatians 2: 16-21 raises the famous “faith or works” controversy. Some fundamentalist Protestants accuse Catholics of believing we “earn” heaven by good works — which is ridiculous, because nothing gets us to heaven except grace, which we define as “the favor of sharing in the divine life of God.”

Some Catholics, on the other hand, accuse the fundamentalists of believing that all we have to do is make an act of faith in Jesus once in our lifetime, and then we are guaranteed heaven no matter how much we sin after that.3

The truth is found, as it often is, not in an “either-or” but in a “both-and.” What qualifies us for heaven is living and acting by the power of grace — the free gift of sharing in God’s divine life. Those condemned in the judgment scene of Matthew 25: 31-46, are not rejected for particular sins of not feeding the hungry or visiting those in jail. These were just examples of their real sin: their failure to live on the level of grace. Their actions did not reveal, and were not consistent with, the divine life of God within them.

Paul says we are “justified not by the works of the law but through faith in Jesus Christ.”. Faith is not just a human act of deciding to believe. It is a divine gift: the grace, the favor of sharing in God’s own act of knowing. To accept that gift is to accept God’s divine life, and vice-versa. That is what “saves” us. We are saved by God’s life in us — which reveals itself in “works” of graced faith, hope and love. To be “righteous” is to live and act on God’s level, by divine faith, hope and love.

But if we fail to do this, God forgives all our failures as soon as we “turn” — convert, repent, “change our minds” in metanoia — and accept to let faith guide us, hope encourage us, and love be the goal of our lives.

A young Catholic girl stopped going to Mass, “left” the Church (or left it alone for awhile) and was married in a Protestant ceremony, but as an unbeliever. Later she was moved to start reading Scripture, regained her faith, began attending Mass and receiving Communion. But someone reported her to the pastor as being “married outside of the Church,” and he denied her Communion. Now she goes to the Lutheran church.

Why was she denied Communion? There is nothing in Canon Law that says a person in a marriage not recognized by the Church may not receive Communion. This is a matter of morality and conscience. Our faith requires nothing for reception of Eucharist except being baptized and not being in a state of unrepented mortal sin. Church law can add other requirements, but being married “in the Church” is not one of them.4

So why was this girl refused Communion? I believe it was because the scandal of her past “works” of suspending Mass attendance and marrying “outside of the Church” counted more in the eyes of the pastor and congregation than the obvious faith that was at present animating her and revealing the presence of God’s divine life in her heart. She was being judged by her works rather than by her faith.

The irony of this true story is that the girl’s first name was Faith.

The first rule of ministry is, “If you love me, feed my sheep.” 5

“Lord, may Eucharist accomplish in your Church the unity and peace it signifies.”
“Lord, forgive the wrong we have done,” and teach us to ignore the wrong done by those who obviously love you.

Insight:
Do I judge myself and others by past works or by present evidence of graced faith, hope and love?

Initiative:
In ministry, be guided by Jesus’ words to Peter: “If you love me, feed my sheep!”

Footnotes:
1Acts 13:22.
2Psalm 32; Romans 8: 31-39.
3Paradoxically, and inconsistently, some fundamentalists refuse infants Baptism on grounds that a baby is not mature enough to do the human “work” of choosing to believe in Jesus. Catholics believe God gives grace completely gratuitously through the sacrament of Baptism, without any human act of choice on the baby’s part. This is not a violation of the baby’s freedom because free choice is not operative yet, so parents have to make this and other choices for babies until they are old enough to ratify or reject what has been chosen for them.
4See U. S. Catholic (October 1984), quoting Father James Provost of the Canon Law Society of America:
Divorced Catholics enjoy the same good status of any other Catholic in regard to the Mass, Eucharist, and any liturgical function. Catholics who remarry without annulment have an irregular status, but “they are not excommunicated, are under no special penalties, and are not excluded from receiving the Eucharist if they believe they should receive it.” Father Edgar Holden, director of the tribunal of the Seattle archdiocese, agrees. “Nothing in church law forbids a person with irregular status from receiving the Eucharist. This is a personal decision of conscience. We suggest that if people feel unable to reach a decision on their own, they ask their pastor or spiritual director for assistance” [emphasis added].
There have been some Vatican directives — “administrative memos” to be respected, but not on the level of Canon Law — warning against the possible “scandal” of giving Communion to people who “appear” to be in a state of mortal sin. And in the Roman Rite of the Catholic Church doctrinal initiation is required before First Communion. Some Eastern Rites, equally Catholic and in union with Rome, give Communion to babies as soon as they are baptized. Pope John Paul II himself gave Communion to Tony Blair, Anglican Prime Minister of England. And Pope Francis (in a phone call) told an Argentine woman who was refused Communion in her parish church because she was not married por la Iglesia that she should go to a parish where she was not known and receive Communion there.