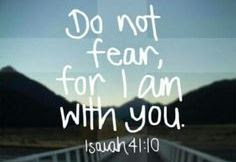 The Responsorial Psalm focuses hope where it should be: “Keep me safe, O God; you are my hope” (Psalm 16).

Acts 22:30 to 23:11 are a fulfillment of what Jesus predicted: “Do you think that I have come to bring peace to the earth? No, I tell you, but rather division! From now on five in one household will be divided, three against two.…” (Luke 12: 51-53). Paul divided the council that was judging him, just as Jesus had divided the crowds who listened to him (see John 7: 40-46). And prophets will cause division (Matthew 10: 16-36). In the early Church Paul was the focal point of bitter division between the Pharisee party who insisted on the law, and those open to the Spirit who rejoiced in the fruits of the missionaries’ preaching to the Gentiles (see Acts 11: 1-3; 15: 1-5).

What this reading brings out, though, is that the prophet is very often unacceptable to any faction in the Church, because the prophet doesn’t speak as a member of any party, but in loyalty to God alone and to the Church as a whole. Prophets are not committed to taking a “liberal” stance or a “conservative” stance. And they do not write others off by labeling them as “conservatives,” “liberals,” or anything else. The prophet is committed to affirming truth in and from all who speak it, without asking what “side” they are on. But this is rare among people.

When Paul mentioned the resurrection, the Pharisees supported him, not because they were for him, but because they were against the Sadducees. But their support did not last, and the true prophet does not rely on the support of any faction in the Church, but only on God: “Keep me safe, O God; you are my hope.”

In John 17: 20-26 Jesus prays for unity in the Church. He prays for it because he knows that as long as people in the Church are responsive to the Spirit there will be others who oppose them. There is no problem keeping a dead Church united: civil war never breaks out in a graveyard. But in a live Church there is constant change, and change inevitably brings about division. So Jesus does not pray for the unity of the inert, but for a unity of live people responding to the Spirit: “that they may be one, as we are one — I living in them, you living in me — that their unity may be complete”1 — that is a unity, not of conformity, but of mind and will and heart sustained by prayer, dialogue and response to the Holy Spirit.

1 This is from the 1970 New American Bible, which, though not as literal as the 1986 revision, is immensely superior for clarity, impact and style as a version to be read in church.

Initiative: Be a prophet. Avoid all factionalism. Seek the truth of God and of the whole Church with her 2000 year-old tradition. Use peace of heart to discern.