Where Faith Lives It Grows 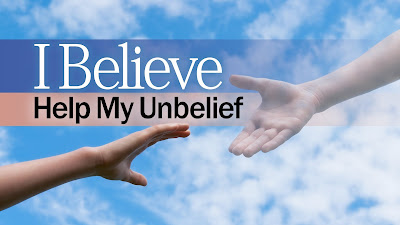 Where Faith Lives It Grows
WEDNESDAY, Easter week six: May 4, 2016

The Responsorial Psalm declares we should praise God both for what we experience by grace and see around us in the world: “Heaven and earth are filled with your glory” (Psalm 148).

In Acts 17:15 to 18:l Paul begins in Athens by arguing that “The God who made the world and everything in it… does not live in shrines made by human hands.” He argues that if we are his “offspring,” as Aratus, a poet from Cilicia (part of modern-day Turkey, where Tarsus, Paul’s birthplace was) wrote, then “we ought not to think of divinity as something like a statue of gold, or silver, or stone, a product of human genius and art.” Then he spoke of God calling all people to “reform their lives.” As long as he was on this human plane, the Athenians listened. But when he said God had “endorsed Jesus by raising him from the dead,” that was too much for them. “Some sneered, while others said, ‘We must hear you on this topic some other time,.” At this point Paul got the message and left. “A few did join him, however, and became believers.” These were the ones who were able to go beyond rational speculation on the human level and commit to God in faith. Faith is a free human choice, but it is a divinely-powered choice to go beyond the human and accept the divine gift of sharing in God’s act of knowing. Not everyone is willing to make that choice.

In John 16: 12-15 Jesus recognizes that even those who do accept to know truth by faith cannot accept immediately all that God wants to reveal to them. He said to his disciples, “I have much more to tell you, but you cannot bear it now. When the Spirit of truth comes, however, he will guide you to all truth.”

Our cultural conditioning and the limitations of our human intellects make some things so hard for us to grasp that we cry out like the man in the Gospel, “I believe; help my unbelief!” (Mark 9:24). Peter himself, initially, could not believe it was God’s will to let Jesus be crucified (Matthew 16: 21-23), and this was after Jesus had praised him for his faith and decided to make him pope! We have to be willing to grow and let others grow.

Jesus says that what the Spirit will announce is truth “he will have received from me.” And Jesus receives it from the Father, because “all that the Father has belongs to me.” That simply means it is Truth that belongs inseparably to God: Father, Son and Spirit, and anyone who receives it from the Church receives it from the Three Persons of God. In other words, it is divine, it is mystery, it comes as a gift from above: “Heaven and earth are filled with your glory.”

Initiative: Be a prophet. Don’t expect people of weak faith to accept what you say or do. Be willing yourself to grow into what you do not understand..