January 3, 2015
Feast of The Most Holy Name of Jesus
Click here for the complete text of today’s readings. 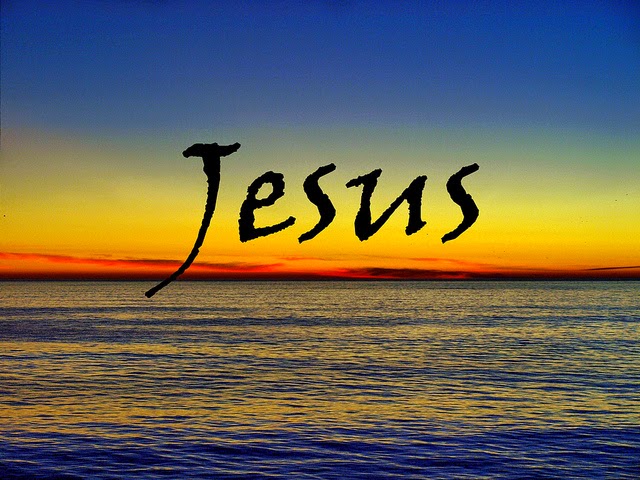 All the ends of the earth have seen the saving power of God.

We may laugh at Baptists buttonholing everyone and asking, “Are you saved?” But it is still a fundamental (and not just a fundamentalist) question for human life. Consider the alternative.

For fundamentalists the alternatives are heaven or hell. Jesus “saves” us from going to hell. If people don’t feel concerned about hell today, it is simply because they are programmed by contemporary culture to dismiss it—just as blindly as the previous generation was programmed to take for granted the menace of “fire and brimstone” as unquestioningly as everyone else did in their day. But truth is not time-specific. It is just as stupid—perhaps more so—to ignore the possibility of eternal damnation now as it was to be obsessed with it as a looming probability sixty years ago.

But we don’t need to speculate about life after death in order to see the need for a Savior. What is perfectly obvious to anyone who mixes in society or listens to the news is that human life on this earth is in constant danger of veering off —to destructiveness and distortion, mediocrity and meaninglessness. In every one of us. We see it happening all around us. We have all experienced it happening to ourselves in various ways. You don’t have to be “religious” to see there is darkness in this world or to feel the shadow of death.

And what will save us from it?

Only the young and the invincibly arrogant are naïve enough to think they can save themselves. Most of us, by the time we reach adulthood, have seen friends and watched ourselves being sucked in by distorted attitudes and seduced by destructive ways of behaving. We have experienced mediocrity and questioned the meaning of our lives. No one is immune.

If we reflect more deeply, we realize that salvation must come from outside the created universe. No movement generated by any human culture within this world can be free of the seeds of corruption that infect every human society. False messiahs and self-constituted saviors are constantly arising. The doppelgängers of Stalin, Hitler, Mussolini and Mao Tse-tung keep reappearing all over the world. And we never learn. We keep rallying to their banners.

When the demons of force and violence who possessed the Nazis were discredited by the defeat and disillusionment they themselves had brought about, they simply moved into the Zionists with the same seductive promise of conquering a homeland. And the same-old same-old repeated itself. The identical demons crossed over into Islam to impel Muslims into a “Holy War” to defeat the Jews and their allies. Then they possessed fanatics to flock to the Taliban and to the ISIS as they had possessed the Nazi Brownshirts, the Fascist Blackshirts and the red-scarfed Communist Pioneers. They drove President George W. Bush to invade and wreck Iraq in the name of deliverance and to approve torture of prisoners for the sake of homeland security.  The demons of force and violence are the same, no matter whom they possess. They don every uniform and fight under every flag, doing the same thing no matter what side they are on.

In answer to this age-old dominance of evil Peter proclaimed Jesus of Nazareth as “the stone that was rejected by the builders and has become the cornerstone.”

“There is salvation in no one else, for there is no other name under heaven given among mortals by which we must be saved” (Acts 4:11).

On this day we celebrate Jesus—“God saves”—who alone can keep our lives from veering off to distortion and destructiveness, mediocrity and meaninglessness. If we involve him in everything we do.

Pray: “Jesus save me. Act with me, in me and through me in everything I do.”

Practice: Interact with Jesus all day long. Involve him in everything you do.

Discuss: What do you need to be saved from? Are you using Jesus for it?