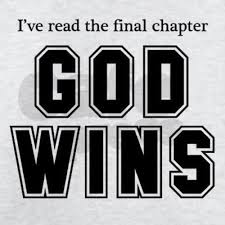 The Responsorial (Psalm 7) tells us the ruling principle of discipleship: “O Lord, my God, in you I take refuge.”

The starting point of discipleship is an act of trust in God.  Our security is rooted, not in acceptance by others, not in conformity to whatever group in the Church seems most solid and reliable, not even in the approval of popes and bishops, who frequently in history have turned a blind eye to abuses and “stoned the prophets” God sent to them. Our ultimate confidence is in the word of God and carefully discerned enlightenment by the Holy Spirit. To give unqualified trust to anything else, besides the reliable but rare “defined’ dogmas of the Church, is idolatry. “O Lord, my God, in you I take refuge.”[1]

Jeremiah 11: 18-20 tells us we don’t always know who is speaking or acting against us. “I, like a trusting lamb led to the slaughter, had not realized they were hatching plots against me.” It is not paranoia to think that it happens today. A priest “on loan” to an American diocese was denounced in a letter from the bishop’s office in his home diocese for sexual misconduct with a consenting adult. The American bishop told his Chancellor to put him on the next plane home. The Chancellor asked if he could check the story first and found proof the letter was a forgery.

Priests and others are frequently denounced to bishops for statements some hearer judged “heretical” (which today almost always means “liberal”). Most bishops simply send the letter to the accused for a response. But some prominent authors and theologians condemned and “silenced” by Rome have complained that they were never allowed to confront their accusers or see the actual text of the accusations. There has been and still is an exaggerated cult of “secrecy” in some areas of Church government.

So what? We live with the truth that we are a sinful, saintly Church. Not to worry. Eventually, God wins. “O Lord, my God, in you I take refuge.”

In John 7: 40-53 everybody is arguing about the wrong questions — except the temple guards, who when asked why they didn’t carry out orders and arrest Jesus, just said, “No man ever spoke like that before.” But others argued that he wasn’t born in the right place, or accepted by the Sanhedrin (the religious authorities) or the Pharisees (considered the educated and “fervent”), but only by “this lot, that knows nothing about the law — and they are lost anyway.” Nicodemus pointed out it was all irrelevant. “Since when does our law condemn anyone without first knowing him and knowing the facts?”

All the false arguments above are paralleled in the Church today. Disciples are those who seek to know Jesus (and any accused) and the facts.

Initiative: Be a disciple of Jesus. Neither accept nor reject without involving him.