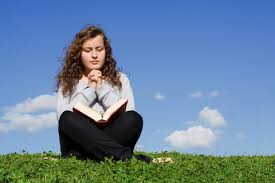 God’s word comes to us in translations, and from several different sources. There is no complete, original version of the Old or New Testament to copy from. Our bibles are pieced together from different partial manuscripts, sometimes from different countries and languages. And those manuscripts are not completely identical.

This is evidence for, rather than against the authenticity of the Bible. Identical would not be natural. The fact that these manuscripts are all in basic agreement shows that they all came from some original source that was copied very early with minor mistakes, sent to different countries, and translated into different languages with minor differences in translation. But there is obviously one single source of them all.

So the bibles we use differ in minor ways. It used to be that Catholics would not touch a “Protestant version” of the Bible, and most Protestants today reject as “apocryphal” some books the Church accepts as God’s revealed word. But the serious Protestant editions include them anyway as an appendix. The bottom line is that all the versions are essentially the same, and we can read the one that pleases us, whether “Catholic” or “Protestant.” The Lectionary of readings used at Mass has itself been updated more than once since the 1970 New American Bible version sponsored by the bishops and the Confraternity of Christian Doctrine. The Canadians use the New Revised Standard Version, a joint Protestant-Catholic effort published by the National Council of the Churches of Christ in the U.S.A. Also available and approved are the New Jerusalem Bible translated by, and then from, the French, and the pastoral Christian Community Bible from the International Catholic Biblical Society, for the “Philippines and the Third World” (English) and for “the Christian communities of Latin America and those who seek God” (Spanish). These reflections make use of them all. We should add The Message,  Catholic/Ecumenical edition, a free translation available through Acta Publications.

Depending on the translation we follow, today’s passage from Hebrews tells us the repeated Jewish sacrifices could not “bring the worshipers to perfection,” or bring them to “what is the end.” But by Jesus’ one sacrifice we have been “sanctified” or “consecrated,” or “made holy.” Tomorrow will say Jesus has “achieved the eternal perfection of all who are sanctified,” or “made perfect forever those who are being consecrated,” or “brought those who are sanctified to what is perfect forever.”

Hebrews is certainly saying that more is taking place in the Mass than we may be aware of. What is it? Are we “made perfect” by the Mass? That contradicts experience — unless we see “perfection,” not as moral conduct, but as a condition or state of being that is the “end” God always had in mind for us, and that the Jewish rituals just “foreshadowed.” Have we in fact been “brought to perfection” and “made holy” in a way we don’t think about?

What does the Mass give us “once and for all” that every other ritual in every other religion may express our desire for, but simply cannot give? Hebrews 10:11-18 will tell us. But don’t peek. Meditate on the question today. Here are two hints:

“If the worshipers were made perfect by those sacrifices, they would no longer have felt guilt, and would have stopped offering them.”

“Sacrifices and offerings you have not desired, but a body you have prepared for me.”

What light do these texts cast on our understanding of Mass?