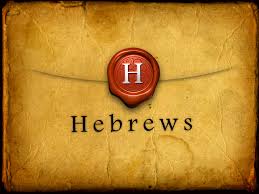 Yesterday’s reading ended: “We are not among those who draw back and so are lost, but among those who have faith and live.” Today Hebrews picks up on that and pinpoints faith as the key to perseverance.

We may take faith for granted. After all, we have it, don’t we? We learned our faith in religion classes, affirm its high points at Mass in the “Profession of Faith,” and identify ourselves as Christians because we don’t deny any teachings of the Church. But Hebrews defines faith in a way that gives us pause: “Faith is confident assurance concerning what we hope for, and conviction about things we do not see.”

Do I have the kind of “confident assurance” that gives me deep peace? Am I free from worry and stress about the passing things of this world? Does my faith make it easy for me to resist temptation, knowing that, whatever allures me away from God, I already possess “something better and more lasting”? Is my faith a major source of motivation in all my decision-making?

How many “things I do not see” have a determining influence on my choices from day to day: at home, at work, in my studies and social life? Do I paint everything I see with faith in order to bring out its true colors? Or is my faith more like an insurance policy that I am glad to have, but never really think about until something goes wrong?

Hebrews tells how God rewarded the faith of Abel, Enoch and Noah, then zooms in on Abraham, whom we call in the Mass “our father in faith,” and his wife Sarah.

At God’s command, Abraham “set out, not knowing where he was going.”” By faith “Sarah received power to conceive though she was past the age, for she thought that the one who had made the promise was worthy of trust.” And Abraham, “when put to the test... was ready to sacrifice his only son, of whom it was said, ‘Through Isaac descendants shall bear your name.’” Paul said of this that “Hoping against hope, he believed he would become ‘the father of many nations,’” even though he was sacrificing the only possible means to achieve what was promised.[1]

Hebrews says, “Death found all these people strong in their faith. They had not received what was promised, but they had looked ahead and had rejoiced in it from afar, saying that they were ‘foreigners and travelers’ on earth.”

Hebrews formulates a principle here: “Those who speak in this way prove that they are looking for.... a better homeland, a heavenly one.” By not establishing themselves in this world they showed they believed in another one. This is how they experienced their faith. Their stance toward what they saw was their assurance of believing in what they did not see. Karl Rahner said, “We do not know we really believe in the two birds in the bush until we let go of the one bird in the hand.”

Jesus was more radical yet. He said the “entrance fee” for becoming his disciple was to “Sell all you own and distribute the money to the poor.” And it gets worse! But the worse it is, the better it gets. The more we give up, the more certain we are that we believe. It is worth the price just to know that.[2]

Meditation: How do I know my faith is real? What have I risked because of it?