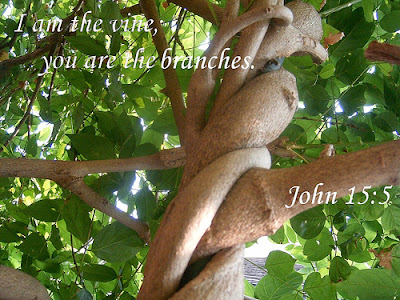 The Responsorial Psalm tells us: “Let us go rejoicing to the house of the Lord” (Psalm 122). The readings give us a choice of what we will rejoice in.

The basic choice appears in Acts 15: 1-6. We can rejoice in “all that God has done” or just in the fact that the rules are being kept. The latter was the obsession of those who “had come down from Judea” to Antioch and were instructing the new Gentile converts whom Paul and Barnabas had brought into the Church, “Unless you are circumcised according to the Mosaic practice, you cannot be saved.” They were not rejoicing in “all that God had done” through Paul and Barnabas, and “how he had opened a door of faith for the Gentiles” (Acts 14:27). All they cared about or rejoiced in was law observance and narrow-minded “orthodoxy” according to their own understanding of what acceptable teaching was.

There are still those in the Church — and their “name is legion” (see Mark 5:9) — who perpetuate this same attitude. They are the natural descendants of the Pharisees, identifiable in any parish or diocese by their auto-assumption of responsibility for defending the Church against all pastoral interpretations or prophetic applications beyond the letter of the law. They do not care about “opening a door” for anyone. They just want to close the door to any innovations or change. Any priest or lay minister whose first concern is to “feed the sheep” (John 21: 15-17) will be harassed by them in “dissension and debate” as Paul and Barnabas were. Law and order are all that gives them joy, and they are usually recognizable by their joylessness.

When the Church envoys told of the conversion of the Gentiles they “brought great joy to all the believers” — except for the those who came from the “party of the Pharisees.” These “stood up and said, ‘It is necessary to circumcise them and direct them to keep the law of Moses.’” What a contrast!

Francis called them: “Closed-minded men, so attached to the laws, to the letter of the law that they were always closing the doorway to hope, love and salvation… Men who only knew how to close doors.”

“The path Jesus teaches us is totally opposite to that of the doctors of law… Jesus draws close to us… the path God has chosen to save us is through his closeness."

In John 15: 1-8 Jesus teaches us to rejoice in what bears fruit — which really means to focus on union with him. “I am the vine, you are the branches. Those who abide in me and I in them bear much fruit…. My Father is glorified by this, that you bear much fruit and become my disciples.” The focus is on union of mind and heart with Jesus, not on law.

Disciples are learners. Learners change and grow. The Father “prunes” them so that they will “bear more fruit.” Not to change, grow and bear increasing fruit may mean that we are not “abiding” in Christ and that his words are not “abiding in us.” And it probably means we will not “go rejoicing to the house of the Lord.”

Initiative: Be a prophet. Focus on bearing fruit through live union with Christ.