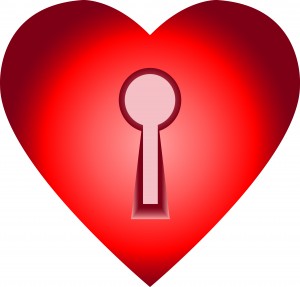 Psalm 87 is a hymn proclaiming Jerusalem the true birthplace even of Jews who were born elsewhere. In the present context it proclaims the Church the true home of all Christians, whether Jew or Gentile in origin. The Responsorial verse is from Psalm 117 (and see Romans 15:11): “All you nations, praise the Lord.”

Acts 11: 19-26 affirms the action of the Holy Spirit in those who brought the Gospel to the Gentiles in Antioch. It was in Antioch that “the disciples were first called ‘Christians,’” because the number of Gentile converts made the community stand out clearly in distinction from Judaism.

However, the admission into the Church of Gentiles who were not required to follow Jewish customs sparked a conflict between those who were following the Spirit and those who were fixated on the law. Paul had to confront Peter himself on this (see Galatians 2: 11-16). “Some believers who belonged to the sect of the Pharisees stood up and said, ‘It is necessary for them [the Gentile converts] to be circumcised and ordered to keep the law of Moses.’” In response to this criticism the “apostles and the elders” met in Jerusalem and “decided unanimously” with the “consent of the whole church” to impose on the Gentiles “no further burden” than a few observances they judged necessary to preserve unity (Acts 15: 1-31). But the “circumcision faction” continued to cause division, just as those who resist the Spirit who spoke in Vatican Council II continue to cause division in the Church today. The spirit of legalism dies hard.

There will always be those who prefer a Church tightly knit by adhesion to rules and customs over a Church that opens itself pastorally to all. The spirit of the Good Shepherd is to open the doors to everyone: “All you nations, praise the Lord.”

John 10: 22-30 shows Jesus being harassed by the legalists of his day. They found fault with everything he said and did, just listening to “trap him in his speech” instead of trying to understand his message and respond to it (Mark 12:13; Luke 20:20). Every speaker and writer in the Church today who is the least bit prophetic has experienced this same blind and deaf opposition.

Jesus’ response was to return to the image of the Good Shepherd. Those who believe in him and want to be fed spiritually will listen and live: “My sheep hear my voice. I know them, and they follow me. I give them eternal life, and they will never perish.” This gives us reason to sing, “All you nations, praise the Lord.”

Initiative: Be a prophet. Welcome the challenge of diversity and change.