The Formula for Renewal 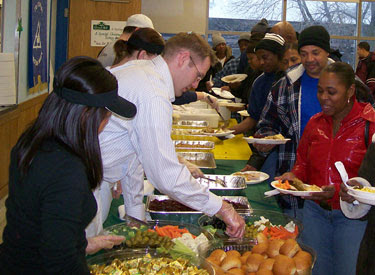 The Responsorial Psalm is a proclamation of victory: “The Lord is king; he is robed in majesty” (Psalm 93). And this is what Christianity is: a proclamation that Jesus Christ has risen from the dead and won the gift of divine life for all who believe in him. The prophets make this proclamation credible by visibly embodying the teachings of Jesus in their lifestyle. They make the living Jesus visible in their bodies.

Acts 4: 32-37 shows us the first Christians as a community making the divine life of Jesus visible in their lifestyle: “The community of believers was of one heart and mind, and no one claimed anything as a personal possession, but they had everything in common…. There was no needy person among them, for all who owned property or houses would sell them… and the proceeds were distributed to each according to need.” 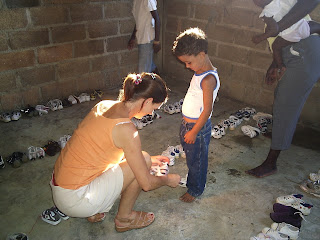 Suppose all Christians had continued to live like this for the past two thousand years — not literally, but according to the spirit described here: all providing for others’ needs as much as for their own — would there still be poverty on earth? How many wars would never have happened? How many people would be turning to drugs and alcoholism to escape a society they can’t stand?

How many changes will come about if just the prophets begin to live in this spirit? (All the baptized are consecrated, commissioned and committed to be prophets, but not all are aware of what that means). When all of us accept personally this element of our baptismal consecration, we will renew the face of the earth.

Is that possible? “The Lord is king; he is robed in majesty.” Jesus has triumphed over sin and death. His reign is assured. It is just a question of how long it takes for us to establish it on earth.

John 3: 7-15 tells us that to do this we must be “born from above.” What is humanly impossible is not impossible to Jesus working in and through the members of his body who have united themselves to him and to each other in mind and will and heart by “devoting themselves to the teaching of the Apostles, and to the communal life, to the breaking of the bread and to the prayers.“ They are “born of the Spirit” and ready to follow his voice. No matter “where it comes from or where it goes,” they will follow the Spirit’s inspirations. Through them it will become evident that Jesus is risen as Lord and king, robed in majesty.”

Initiative: Be a prophet. Live the Gospel with “radical” love: love that reaches to the roots of your life-goals and choices.