The Focus Of Our Desires 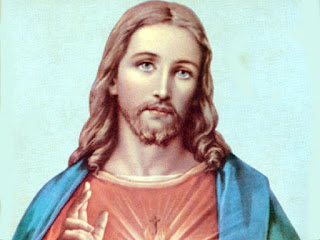 The Responsorial Psalm assures us when things look bad: “The Lord has chosen Sion for his dwelling” (Psalm 132). The Church is the new Sion.

In 2Kings 11: 1-20 God seems to be showing his care for his people through the violence and wholesale slaughter that characterized political turnovers in the Chosen People.

The Jews were no different from other primitive societies in this. And they were really not that different from modern societies. Certainly no country in history has ever killed as many people as quickly and as indiscriminately — men, women, children, old and sick — as the United States did in the saturation bombings and atomic attacks of World War II. And no industrialized country in the world equals us today in state-sponsored executions. Most modern countries have abolished the death penalty entirely. But even many American Catholics still approve of juridical killing, in spite of its condemnation by the Pope and the united American episcopacy.

In the United States the public separation of Church and state is sometimes confused with a private separation of religion and politics. People vote for their economic advantage, or for what they perceive as “national security,” without asking the deeper questions about social justice, international exploitation and unjustified use of force. For the Jews, however, formally allied to God by covenant, church and state were one. In the Jewish Scriptures God appears to take an active part in politics. We are given the impression that God brings about the fall of bad kings and the rise of better ones, sometimes through unspeakable brutality, as in today’s reading.

Scripture scholars teach us not to identify God’s revelation with our first impressions.  We must discern the content of the inspired word in the light of the cultural form of its expression. Rather than spend time analyzing the present text, we pass on to Matthew 6: 19-23, in which Jesus teaches his own way of guiding governments. It is not through force, using the powers of this world, but through the power of truth and love alone. For this the starting point is to identify the focus of our desires: “For where your treasure is, there will your heart be also.” Your heart’s focus will determine what you see. What you see will determine where you go. “If your eye is sound, your whole body will be filled with light.” If “the light inside you is darkness” you will stumble and stray to your own destruction and the detriment of all you deal with. “The Lord has chosen Sion for his dwelling” but we must attend to his presence and light within us.

Initiative: Give God’s life: Be a “priest in the Priest.” Focus on the light Jesus brought into the world.

Email ThisBlogThis!Share to TwitterShare to FacebookShare to Pinterest
Labels: REFLECTIONS FROM THE LECTIONARY FOR ORDINARY TIME YEAR C-2; Immersed in Christ; David M Knight; His Way;Step 4, Sacred Heart of Jesus