The Old Resists The New 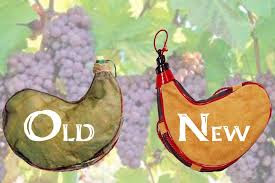 The Responsorial Psalm invites us to have confidence when our ministry arouses hostility: “Lord, in your great love, answer me” (Psalm 69).

In Jeremiah 26: 1-9 the prophet is threatened with death by his own people for preaching what they do not want to hear. This is something we must be on guard against, both in giving and in receiving ministry. Those who are not ready for the message will attack it and then turn on the messenger:

Do not give what is holy to dogs; and do not throw your pearls before swine, or they will trample them under foot and turn and maul you.1

On July 4, 1859, Fr. Eli Lindesmith with his “catechism classes and Sunday school publicly celebrated Independence Day” near Canton, Ohio. He wrote that the non-Catholics were “astonished, and desired to hear more from me, and more about us Catholics.” They started inviting him to speak in “school houses and town halls and even Protestant churches,” which he did “on the condition that the Pastors and church authorities, school directors and town councils gave their consent.” But some Catholics, “who had lately come from Europe, and who had not yet learned what we can do and ought to do in free America” were “perplexed.” Some, “even priests,” said: “He will create disturbances, we shall be persecuted; they will burn our churches as they did in Philadelphia in 1844.” They denounced him to the bishop and spread rumors he had left the Church and “was now a Protestant preacher.” 2

Why did they do this? It was because he acted “out of the box” (which here means “as moved by the Holy Spirit”), and many people are threatened by anything new. That is why some Catholics called Vatican II “Protestant” and left the Church. And it is why some among us still resist union and shared worship with other Christians. Meanwhile the Catholic “Pharisee party” condemns with fundamentalist fervor any thought or action that is “out of the box.” Even the ministry of peace arouses conflict!

In Matthew 13: 54-58, when Jesus preached in his home town the people were “astonished” (cp. “perplexed” above). They could not adjust to accepting him as the promised “Son of David.” But by reporting their question, “Is not this the carpenter’s son?” Matthew is reminding us that, no, he wasn’t. In fact, because Jesus wasn’t Joseph’s son, and had no earthly father, we know he was the “Son of God.”

In asking, “Are not his brothers and sisters with us?” the people were missing the answer again. The one truly “with” them, whom they did not accept, was Jesus: “Emmanuel — God with us.” But they rejected him as Savior (“Jesus” means “God saves”) because he didn’t work the miracles they wanted. Still, by the very fact of refusing him honor “in his own country,” they previewed his mission as “Universal Lord.” The more the world rejects us as his ministers, the more they make clear who we are.

All Christian ministry is God acting through human instruments. But people will reject the message because of the messenger. To make it easier for them, we have to be as godlike as possible in word and action. Still, we must never fall into the trap of refusing to minister because of our faults.

Initiative: Give God’s life: Be a “priest in the Priest”: Follow the Spirit in spite of the flesh.