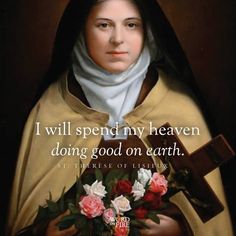 Fidelity Through Focus
NOVEMBER 13, 2016
THE THIRTY-THIRD SUNDAY OF THE YEAR C

Inventory
What does “time” mean to us? What value does it have? What limitations?

Input
The Entrance Antiphon begins “My plans for you are peace and not disaster...” We acknowledge this in the Opening Prayer: “Father… from the beginning of time you promised the human race salvation through the future coming of your Son, our Lord Jesus Christ.”

This calls us to persevere in faith and fidelity, like “faithful stewards,” until his return. The first thing we ask the Father is to “keep us faithful.”

But being “faithful” is not the same as being stagnant, as water becomes when it does not move. In every prayer we ask for life-giving movement. We ask God to “expand our hearts” (alternate Opening Prayer), to “increase our love” (Prayer Over the Gifts), that we “may grow in love” (Prayer After Communion). To be faithful stewards we have to do more than just sit around “waiting for the end.” “Fidelity” is faith expressed in action. Our actions should hint at the greatness of what we are waiting for.

The Day is Coming
Malachi 3:19-20 is simply reassurance that the Lord really is coming. He comes “to rule the earth with justice” Responsorial (Psalm 98). For all the “arrogant and evil-doers” who exploit and oppress people now with maddening impunity, there will be a day of reckoning. They will have to give an account of their stewardship along with everyone else. But for those who “fear my name, the sun of righteousness will shine out,” not only with truth and gladness, but “with healing in its wings.” All will be made well. “The Lord is coming to rule the earth with justice.”

Don’t Be Deceived
In Luke 21:5-19 Jesus is telling his disciples (and us) not to judge by appearances: things that look good are not as good as they look — all the impressive buildings are going to be knocked down — and things that look bad are not as bad as they seem: “You will be betrayed even by parents and brothers, by relatives and friends; and some of you they will put to death.” But not to worry: “Not a hair of your head will be lost.” You will not lose anything, even by dying. “By your endurance you will gain your souls.” What you don’t see is more important than what you do see.

The disciples, like those in every age who focus on the wrong religious questions, asked him, “Teacher, when will this happen, and what will be the sign that this is about to take place?”

Jesus’ answer was they should not let themselves be caught up in rumors and useless speculations about things God never had any intention of revealing. “When is Christ coming back?” And “When is the end of the world going to be?” Don’t even try to guess. All sorts of things are going to happen: wars, earthquakes, plagues, famines, “fearful sights and great signs from heaven.” But don’t get excited or try to read anything into them. It isn’t the end of the world. “The end is not so soon.”

Jesus tells us that instead of looking for signs we should prepare ourselves to be a sign. Before the Kingdom can be established, Christians will have to bear witness, and not just in ordinary ways. If we accept our responsibility as stewards to establish the reign of God over every area and activity of human life on earth, we are going to come into conflict with “kings and governors,” and all the other representatives of power in the world. We may be handed over to questioning by authorities of both Church and state. But again, not to worry: “That will be your opportunity to bear witness.” What appears to be bad news may be the best chance you will get to announce the Good News. Go for it.

There are two sides to stewardship. The first is that we have nothing that is ours: everything we control belongs to God. We just manage it for God. But the other side is that, as managers or “middle-men,” we have the infinite knowledge, wisdom and power of God backing us up. We are defending and promoting God’s interests, not our own. We can expect God to be involved. This is the ultimate source of our confidence as “stewards of the kingship of Christ.”

Jesus made this point by telling his disciples not to worry about how they would handle themselves when put on the spot: “because I myself will give you an eloquence and a wisdom that none of your opponents will be able to resist or contradict.” As Jesus told one of the Saints, “You take care of my business, and I will take care of yours.” That is all the more predictable if the only business we are concerned about is his.
Bottom line: we ask Jesus to act “with us, in us and through us” in everything we do (the WIT prayer), and just try to follow his lead.

We should keep in mind the whole passage, however. Fr. Walter Ciszek, S.J., who spent fourteen years doing hard labor as a prisoner of the Soviets in Siberia, misread the meaning of this text. When he was being interrogated in the fearsome Lubianka prison in Moscow, he thought Jesus was going to give him the eloquence to convince his accusers he was innocent, so they would let him go.

Being human, I made the same mistakes in prayer every human being makes. I prayed for the conversion of my interrogators for example, but none of them ever showed the slightest sign of conversion. I prayed hard for more food... Nevertheless, pray as I might, I never received an extra portion of food or cup of hot water.... And I learned soon enough that prayer does not take away bodily pain or mental anguish. Nevertheless, it does provide a certain moral strength to bear the burden patiently.[1]

We want Jesus to be a Savior who takes away our cross; but all he promises is strength to carry it. He doesn’t even promise us the consolation of feeling — or even of always knowing — that we are doing it well. He tells us salvation is found in carrying our cross with faith, with hope and with love — but the grace he gives us to do this may not be perceptible to us on the feeling level.

What Jesus said was, “They will put some of you to death. You will be hated by all because of my name.” His only guarantee was, “But not a hair of your head will perish.” And that is true — in the sense that “perish” has for God.

Father Ciszek, at that stage in his journey, may have confused hope with optimism. Optimism expects things to happen in a certain way, or within a particular time frame. Optimism can lead to despair. It is said that when General Jonathan Wainwright was asked about the “Bataan death march” in World War II, he replied, “The first ones to die were the optimists.” They were the ones who were saying, “We will be home by Christmas.” Hope, on the other hand, is an absolute trust in God acting now, acting always, bringing all things to a final, victorious conclusion, but without any concrete expectations about the time or manner of his intervention. Optimism asserts, ““They will not put any of us to death.” Hope maintains that, even if they do, “Not a hair of our heads will perish.”

Stewardship of Time
Christian confidence is sometimes urged with the saying, “Let go and let God.”
This is a perfectly valid and widely needed recommendation, if rightly understood. In 2Thessalonians 3:7-12 Paul counters a misinterpretation of this. The way to “let God” take care of things is not just to “let go” of doing anything ourselves. What we are to let go of is not effort, work or concern, but simply the worry and stress that accompany these when we are counting only on ourselves.

Paul wrote, “You know how you ought to imitate us; we were not idle when we were with you, and we did not eat anyone’s bread without paying for it.” The fact that God reigns, and that Jesus is coming back (some to whom Paul wrote thought that might happen any day) is not a reason to work less diligently on what needs to be done or set right on earth now. Paul recalls, “With toil and labor we worked night and day, so that we might not burden any of you.” And he adds, “This was not because we do not have that right, but in order to give you an example to imitate.”

Paul showed us the “stewardship of time.” Time is a precious commodity. It is something we have, for the short time we are alive, that we can give to God as he gives it to us, and use to further his interests on earth. In one sense it is synonymous, because it is co-extensive, with life. A difference between being alive and being dead is that while alive we can still act in time. We can make our contribution on earth. This gives time great value for us. It is not to be taken lightly or wasted.

This is true even though our belief in the “communion of saints” tells us that after death we are still involved on earth.

The union of the wayfarers with the brethren who sleep in the peace of Christ is in no way interrupted, but… reinforced by the exchange of spiritual goods…. Those who dwell in heaven… do not cease to intercede with the Father for us.”[2]

St. Dominic said to his brothers: “I shall be more useful to you after my death and help you more effectively than during my life.” Thérèse of Lisieux said, “I want to spend my heaven doing good on earth.” Nevertheless, as “faithful stewards” we focus spending our time on earth doing good that lasts in heaven.[3]

Insight
Do you understand time as a lens through which to focus on eternity? Does that diminish its value or enhance it?

Initiative:
Don’t be either uptight about time or loose in your management of it.

[1] He Leadeth Me, Doubleday/Image Books 1975, chapter 5, page 64. Ciszek was later repatriated to the United States, where he died a natural death. He is a “martyr” in the sense in which the early Church used the word: a “witness” made credible by enduring persecution for the faith. And he was a “faithful steward” of the gifts of faith, hope and love that God invested in him.
[2] Vatican II, The Church in the World, no. 49.
[3] Quoted in the Catechism of the Catholic Church, no. 956. See all of nos. 954 to 962.