Look To The Symbol Of Peace 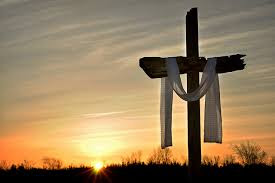 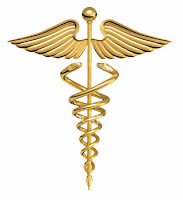 Commenting on Numbers 21:4b-9, the Jerome Biblical Commentary says, “The cult of the snake was widely practiced in Canaan, probably in connection with fertility rites.” This would make it a symbol of life and healing, and explain why the caduceus —a winged staff entwined with two serpents, the symbol of Hermes or Mercury... became the symbol of the U.S. Army Medical Corps and various other medical organizations (Encarta World English Dictionary). Much later, because the Jews misunderstood its significance, the reformer Hezekiah “broke in pieces the bronze serpent that Moses had made, for until those days the people of Israel had made offerings to it” (1Kings 18:4).

In John 3:13-17 Jesus revealed that the serpent lifted up in the desert was a symbol of himself lifted up on the cross, and the commentators agree that John consciously meant “lifted up” to refer both to Jesus’ crucifixion and to his resurrection and exaltation in heaven. So what does the story mean to us?

While traveling through the desert, the People “became impatient on the way” and “spoke against God and against Moses, ‘Why have you brought us up out of Egypt to die in the wilderness? For there is no food and no water, and we detest this miserable food.’”

We can relate to that. During our pilgrimage on earth, we get “impatient” too because of the hardships and sufferings we endure; or just because God doesn’t seem to be establishing his Kingdom as fast as we think he could and should. This is why we accept it when our nation turns to violence. We can’t believe that the only way to save our lives on this earth is to be willing to lose them. Rather than “endure evil with love,” which is the way of the cross, we go to war against it. Like Peter, we speak against God, saying, “No way!”  (Matthew 16:21-27). We do more than speak. Like Peter again, we take up the sword (John 18:10).

In the desert, “the LORD sent poisonous serpents among the people, and they bit the people, so that many Israelites died.” Then he told Moses to make “a serpent of bronze, and put it upon a pole; and whenever a serpent bit someone, that person would look at the serpent of bronze and live.” In our own day, we are unleashing our own “poisonous serpents” on each other, from handguns to the atom bomb, and people will keep dying all over the earth until they look up at the cross and accept its message.

That may take a very long time.

Meanwhile, as “faithful stewards” of the truth confided to us, we have to preach and teach and work for nonviolence until it becomes obvious to everyone that Jesus’ defeat and death on the cross was in fact his triumph and our only authentic source of life.

Paul urges, “Let the same mind be in you that was in Christ Jesus.” He continues, Philippians 2:6-11, “He humbled himself and became obedient to the point of death, even death on a cross.” But we know that, by being “lifted up” on the cross he was lifted up in glory: “so that at the name of Jesus every knee should bend... and every tongue confess that Jesus Christ is Lord.”

Initiative: Be a steward of the mystery of the cross. Die in love rather than kill.