We Are All Co-Redeemers 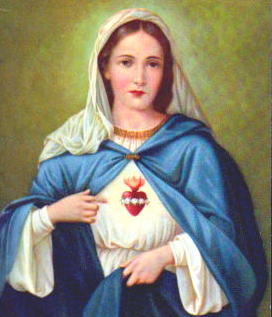 John 19:25-27 tells us Mary was at the foot of the cross. None of the Gospels tells us that Mary followed Jesus on the way to Calvary, helped to remove his body or to bury him. That simply stands to reason.

What doesn’t obviously stand to reason is why God didn’t spare Mary the sight of her Son’s suffering. He could have arranged for her to be out of town that week and let her mourn his death when she learned of it without bearing the vivid memory of what she saw him suffer. But Mary had to be there.

Even more, she had to join in the act by which Jesus offered himself. She had to stand beneath the cross and say to the Father, “Be it done unto him according to your word!”

What mother could do that? This had to have been unimaginably more difficult than the surrender she made when she said about herself, “Let it be done unto me according to your word” (Luke 1:38). But she had to do it. It was required of her. Why?

When God asked Mary to be the Mother of the Savior, there was more mystery there than just giving birth to his body.

First, everyone who would ever be redeemed was going to be part of that body. We are saved, and our sins “taken away” (rather than just “forgiven”) because by Baptism we were incorporated into Jesus’ body hanging on the cross. We died in him and rose in him as a “new creation,” with no history of sin, to live henceforth as his risen body on earth,. This is why Jesus could say with total realism to Mary about John, “Woman, here is your son.”
And say to John about Mary, “Here is your mother.” The words apply to all of us. All who have become the real body of Christ through Baptism have Mary as their real mother.

Second, in asking Mary’s consent to be Jesus’ Mother, God was giving to her — and to every member of the human race — an active part in the work of salvation. God does not want to save us as inert matter. He wants the human nature he created, which freely brought about its own corruption through sin, to have a part in its own redemption through free cooperation with grace. Mary is the prototype of this. She is “the beginning and the pattern of the Church in its perfection” (Preface for the feast of the Assumption).

This meant that Mary had to have an active part, not only in Christ’s birth, but also in his death. As “priest in the Priest” she had to offer his body on the cross — and as “victim in the Victim,” she had to offer herself “with him, in him and through him.” Offer his body, the fruit of her womb; offer her body as the fruit of his labor on the cross, from which the Church was born.

And so do we. At Baptism and at every Mass we offer ourselves with Christ.

Initiative: At every Mass, say in unison with Jesus, to every member of the human race, “This is my body, given up for you.”

Email ThisBlogThis!Share to TwitterShare to FacebookShare to Pinterest
Labels: 7 sorrows of Mary