We Are "In His Likeness" 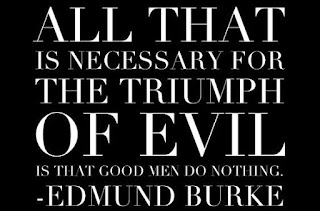 We Are "In His Likeness"
Monday, September 5, 2016
Celebration of Labor Day

We often stereotype God as being harsh in the Old Testament and gentle in the New. This is a mistake. It is the same God in both eras revealing himself in ways adapted to people’s cultural filters and ability to understand. And according to the situation he is addressing.
So we should not be surprised to see the God Jesus portrays appearing more harsh than the God of Genesis when the focus is on humans’ call to stewardship.


In Genesis 1:26 to 2:3 God has just “created humankind in his image.” Sin has not entered the world.

Then God said, “Let us make humankind in our image, according to our likeness; and let them have dominion over the fish of the sea, and over the birds of the air, and over the cattle, and over all the wild animals of the earth, and over every creeping thing that creeps upon the earth.”

God is proud of us. We are “in his likeness,” rational beings able to understand his plan and purpose in creation, able to cooperate with God in managing everything he has made, helping everything be and do what it was created for. “God saw everything that he had made, and indeed, it was very good.” Humans would keep it all good.

But when Jesus speaks in Matthew 25:14-30, the situation has changed. Sin has infected human culture, distorting attitudes and values. We who are charged to be the “stewards of creation” have ravaged forests, polluted rivers, dried up wetlands and fouled the ocean floor. We have created sterile deserts of radioactive waste and wasted natural resources. And all this is almost trivial compared to “humans’ inhumanity to humans.” We have engulfed countries in incessant wars, killed, tortured and exploited, abused men, women and children, plunged ourselves into genocide and the world into pain and chaos. The “fruit of our stewardship” has been poverty and disease, discrimination and divisiveness, prejudice and deliberate deception; everything that banishes peace and unity from the earth.

Is it a wonder that Jesus sounds harsh? That he has the character in his story say about the unfaithful steward, “As for this worthless slave, throw him into the outer darkness, where there will be weeping and gnashing of teeth”?

In Jesus’ story about the man who entrusted his servants with the management of his resources, the master praised two out of the three. He rewarded and promoted everyone who tried. The sin of the third servant was not that he defrauded the master; it was just that he didn’t even try to make productive use of what was entrusted to him.

Edmund Burke said, “All that is necessary for the triumph of evil is that good men do nothing.” Pope John Paul II declared this matter for confession in the Sacrament of Reconciliation:

Whenever the church speaks of situations of sin or condemns... the collective behavior of certain social groups... or even of whole nations and blocs of nations, she knows and proclaims that such cases of social sin are the result of the accumulation... of many personal sins.... the very personal sins of those who cause or support evil or who exploit it; of those who are in a position to avoid, eliminate or at least limit certain social evils but who fail to do so out of laziness, fear or the conspiracy of silence, through secret complicity or indifference; of those who take refuge in the supposed impossibility of changing the world and also of those who sidestep the effort and sacrifice required, producing specious reasons of higher order. The real responsibility, then, lies with individuals.[1]

The Responsorial (Psalm 90) for Labor Day is, “Lord, give success to the work of our hands.” We ask God to give success to our work, not to our non-involvement. And the “work” we focus on is not just the occupation by which we earn our daily bread, but the preoccupation we should have for the bread that comes from “every plant yielding seed that is upon the face of all the earth, and every tree with seed in its fruit,” for all that gives “bread” to the human race. God says, “to every beast of the earth, and to every bird of the air, and to everything that creeps on the earth, to everything that has the breath of life, I have given every green plant for food.” We are the stewards and instruments of God’s care for all living things. This is our first and basic work on earth.

But as Christians we have another work to do that is even more important. Jesus said to Peter, and through him to us all, “If you love me, feed my sheep.” We are to feed the world, not only with the “food that perishes” but with the “bread of God that comes down from heaven and gives life to the world.” This bread is Jesus himself: “I am the bread of life. Whoever comes to me will never be hungry, and whoever believes in me will never be thirsty.... I am the living bread that came down from heaven. Whoever eats of this bread will live forever; and the bread that I will give for the life of the world is my flesh.... Those who eat my flesh and drink my blood have eternal life, and I will raise them up on the last day” (John 6:24-58, 21:15-17).

As “good stewards of the manifold grace of God,” we are charged to “serve one another with whatever gift each of [us] has received” (1Peter 4:10) We who know that Jesus is the Bread of Life should never rest until every member of the human race is being fed with that Bread. “If you love me, feed my sheep.” That is the true goal, meaning and value of the human labor we celebrate on Labor Day.

Insight
Do I get up in the morning aware that I am called to do the greatest work on earth? And that Jesus has promised (John 15:16) it will be fruitful?

Initiative
Be a faithful steward: What you know, express. What you have experienced, share. The love you have received, give as freely as it was give to you.


[1] Exhortation after the Synod on “Reconciliation and Penance in the Mission of the Church,” December 2, 1984, paragraph 31.

Email ThisBlogThis!Share to TwitterShare to FacebookShare to Pinterest
Labels: ”, Exhortation after the Synod on “Reconciliation and Penance in the Mission of the Church